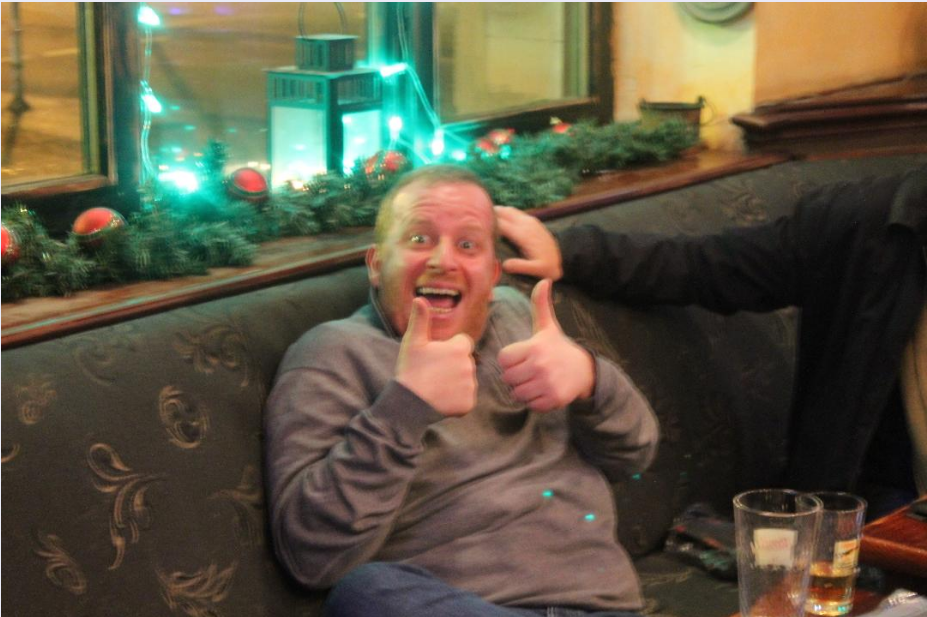 My friend Damon Bergamini died last week in London. I have been struggling to come to terms with how someone so alive and so young at heart is no longer with us. I still cannot fathom how this happened and why he is still not here. He had some health issues but to be dead….I don’t get it. I keep expecting him to come swinging in through the door and belt out his famous HALLO but all there is is a void. I miss you Damo.

Damo was a natural entertainer and he kept my pub in stitches every time he came in. Seriously, I have never met such a showman. Over the last couple of years, he was actually performing on stage and had become one of the stars of fest (the Frankfurt English Speaking Theatre). His last perfomance in Charlie’s Aunt was his best. Rare have I seen a theatre laugh so much as Damo stole the show and really showed how talented a man he was.

He will me missed by many. Details of the funeral service have not been released but I will let you know via this site as soon as I have news

People have been asking if there will be a service or benefit in the pub. We raised a glass (several actually) to our friend last Thursday when we received the news from London. Some of us spoke about it last night and we decided it is enough. We don’t want to celebrate his death and I certainly don’t want to profit from it by having some type of benefit in the pub. I know many of you would like something here in frankfurt but I am going to bow out. Damo is dead and that sucks horribly so I do not feel like any good cheer.

We are taking any donations though for Damo’s mother Carol to help assist with the costs of the funeral and moving his belongings from Frankfurt to London. If you would like to donate please see me in the pub.

This entry was posted in Uncategorized. Bookmark the permalink.
« Pub closed 24 and 25 December 2018
Condolences book »